Gifts from the Marvel Universe

Gifts are best, I think, when you truly consider the recipient—their likes and dislikes, or maybe even inside jokes you have with them. If you can offer a representation of that person’s character or your relationship with them.

Gifts from the Marvel Universe 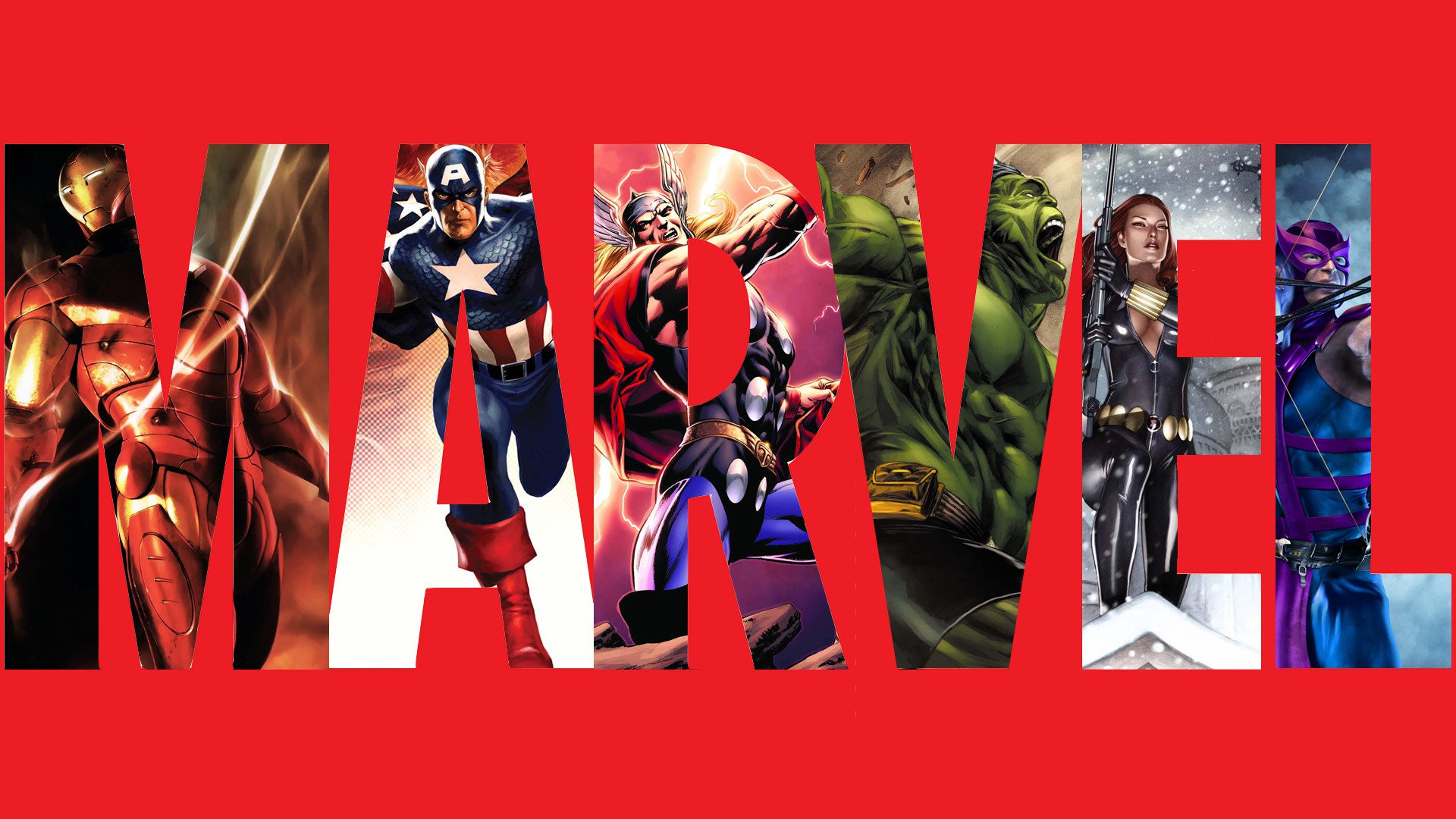 Gifts are best, I think, when you truly consider the recipient—their likes and dislikes, or maybe even inside jokes you have with them. If you can offer a representation of that person’s character or your relationship with them, the personal level of the gift increases to add a heartwarming detail to it. How could it not when a gift like that has a message as lovely as, “I really know you” or “We have such an awesome history?” Since those products can also use a little bit of research, a hint of, “I really put thought and effort into this” is also added to the mix. Talk about a win/win/win!

One category of friend that you might have on your to-buy list for birthdays or holidays is made up of Marvel fans, those of us who’d rather watch an Avengers film than just about any other film that’s been hitting the theaters in recent times. We like our superheroes, and we’re not embarrassed to let that appreciation show! Luckily, that combination makes for some pretty easy gift-giving strategies. So, if you find yourself scratching your head about what to buy that friend who thinks the Hulk is the most awesome thing on the planet, you might want to check out these suggestions. All of these, by the way, can be bought through Amazon.

For the friend who loves to cook: A Captain America cutting board set. If you have a Marvel-loving companion who loves spending time in the kitchen just as much as watching their superhero films, this could be the perfect present! While they slice and dice to prepare a favorite dish, they can happily stare at the symbol of the very first Avenger. Talk about a visual that can bring a smile to the face! I, for one, would love to have one of these on the kitchen counter! 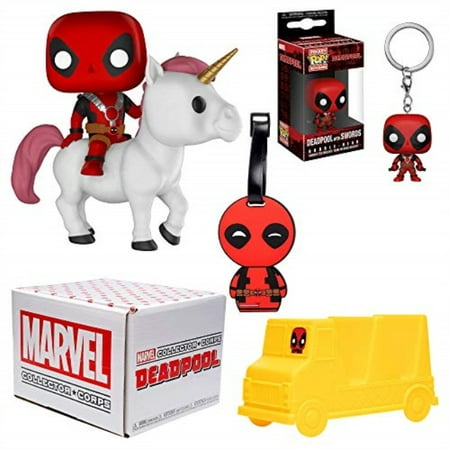 For the friend who loves to read: A Marvel trivia book. There are actually a number of these for sale, and you can be as specific as the Avengers alone or as general as the Marvel Universe. Either way, this is a wonderful gift option for the superhero fan who loves to read—which is a fitting combination since the heroes were comic book characters before they made it to the big screen. Not only could the recipient have reading material to pass the time, but they could either increase their knowledge of Marvel or brush up on details they’d forgotten over the years through the gift. All in all, this is a fantastic present to find under a tree or in a birthday gift bag!

For the friend who loves trinkets: Charm Bracelet. Honestly, the Marvel Universe is setup to make these perfect gifts with little to no explanation. There are so many groups of Marvel superheroes—X-Men, Avengers, Fantastic Four, Guardians of the Galaxy…—that all you’d need to do is decide which group is your friend’s favorite. If there’s a charm bracelet for that group, you have the perfect present for a trinket fan—a bracelet that represents their favorite Marvel group!

For the friend who loves sewing: Fabric. For those who love Marvel and sewing, fabric is a wonderful option—and not just because the number of purses and clothes that you can buy that are Marvel-based seem fairly limited! If a sewing fan had the right fabric though, the options they find online or in stores wouldn’t necessarily hold them back from being able to carry an awesome Marvel accessory or wear a Marvel shirt. They could just make their own! Don’t underestimate how awesome this is to the sew-happy person in your life! You’re giving them the tools to creativity and the possibility of having the item they wanted, but just couldn’t find.

For the friend who teaches: Pencils. I suppose there would be more than one perk in having a career as a teacher, but to me, one of the most underrated ones would be the ability to decorate your classroom. The idea of creating a Dr. Seuss bulletin board doesn’t sound like a bad part of preparing for the upcoming work year! With that kind of a blank palette, there’s quite a bit of room for exploration, even with details as small as a cup of pencils on a desk. For the teacher in your life then, getting a Marvel pencil set would let them bring a bit of their personality to work with them in that small detail, but it would also double as a method to keep their students ready to learn by having that extra supply of pencils for any child who forgot or lost theirs. It’s a win/win for having a love of Marvel on display while offering students a bit of help in their learning. What Marvel-loving teacher wouldn’t appreciate that?

For the friend who loves coffee: Mugs. If you have a coffee lover in your life, catering to that interest is a very real gift possibility for that person. Assisting them with their early morning caffeine is a great gesture in general, but if you’re doing so by letting them take that early morning caffeine in a Captain America mug, that’s pretty much fantastic! There are a number of possibilities with this one, from individual characters to group mugs, and each one can add a quirky brightness to something as commonplace as pouring a cup of coffee. Sounds good to me!

For the friend who loves playing music: Guitar. Music lovers can be fun to buy for, but when you have a music fan who loves comic book stories, the fun factor can escalate. Imagine giving someone a brand new instrument—one that has their favorite comic book character on it! Through Amazon, you have a number of guitar options that are comic-book related—including groups like the Avengers and Guardians of the Galaxy or individual characters like Iron Man and War Machine. Music is about creativity, so when that creativity can spill over into the actual guitar you’re creating that music on, that’s a good gift idea!

For the friend who is a 90's kid: The X-Men cartoon series. Sure, the X-Men movies are a little more recent than this series, but for those who were fans from the moment they started watching the 90’s cartoon, this makes a wonderful gift! It’s a touch of nostalgia in delivering something from childhood, and it’s a walk through an earlier version of some of the same characters who showed up in the movies. This nostalgic-childhood approach can also be given through early comic books as well since it could touch on how the Marvel fan in your life first encountered their favorite plots and characters. In essence, this gift idea would be giving them a piece of their childhood!

For the child at heart: Thor’s Hammer. Let’s be honest. Not all Marvel fans are kids! In fact, many of us are adults who have embraced characters from our childhood—or maybe found new ones through the movies that have been hitting the theaters over the years. When that’s the case, picking out a gift from the toy department isn’t nearly as odd as it might seem! An adult who isn’t afraid to embrace childhood even after it’s gone is a friend who could find amusement and pride in using some of those toys as home décor. For that friend, Thor’s hammer could be something that brings joy by being an oddball decoration on a shelf or table! Talk about a conversation piece!

For the friend who likes to entertain: Candy bowls. It’s fairly common to have little trinkets and knickknacks around a home, but what if one of those décor options was a Marvel character’s likeness holding up a candy bowl? As strange as this might sound, these exist! Captain America, Rocket Raccoon, Spider-Man, and Iron Man can be purchased as table accessories for the friend who likes welcoming people into their home with small gestures of being appreciated—like a piece of candy. If you just know your friend would love the possibility of greeting a guest with such a Marvel flair, don’t hesitate at all to buy them one of these candy bowls!

With these guidelines in mind, finding the perfect gift for your Marvel-loving friend could be an easy prospect—and fun, like Marvel purchases should be! So, get to shopping!