So much attention is given to certain works in the literary world, ones that have stood the test of time to cement their statuses as classics.

Confessions of a Lowbrow Fiction Fan 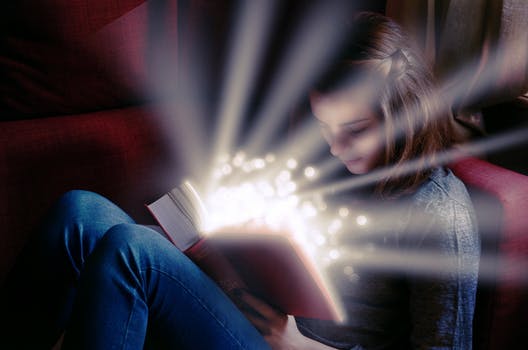 So much attention is given to certain works in the literary world, ones that have stood the test of time to cement their statuses as classics. While there’s something to be said for a book that’s survived so long and has become a staple in the academic world, I’m fully aware that too much emphasis on those higher-end books can be devastating to those who find they appreciate the lesser-known, lesser- acclaimed works of literature.

People like me—ones who will take a lowbrow fantasy book over an established Medieval classic any day of the week.

And, for the record, I have little to no problem admitting that I like lowbrow fiction more than classic works since I’m relatively comfortable with my appreciation for those less-revered works. I enjoy browsing children’s fiction at a bookstore, and I shouldn’t have to feel bad about liking those simple, childish works of fiction. I won’t drop my head, embarrassed for such a low-class book preference, and head off toward classics section.

Why? Well, for one thing, life has taught me that ignoring my reading preferences for the sake of submerging into classic works can be devastating for my reading habits. I remember liking reading when I was younger, or at least liking books. Specifically, Night of the Living Dummy by R.L. Stine stands out in my head as something that interested me, and I can definitely recall a certain children’s book that I think was Harold’s Circus by Crockett Johnson when I was younger. These were pretty sensible choices for someone who was in my age group, and the appreciation for the books was alive and real in me.

But then school reading assignments started to take their toll. Suddenly, the books that I spent time with had more to do with what the school’s curriculum and my teachers said I needed to read than what I felt would be of interest to me personally. These books, of course, were often classics that have a certain level of perceived sophistication, and the cultural appreciation toward those books is clear if you go by nothing but the label of “classic” that the works were given. But for those of us who couldn’t find very much interest in the classic books being forced into our reading schedules, no matter how admired these books were, we just couldn’t get into them.

This wasn’t the case for all of the books that I encountered during my middle and high school years. I liked, for instance, The Adventures of Huckleberry Finn by Mark Twain, and The Crucible by Arthur Miller stuck out to me as a work worth exploring. But the gems I found within my reading itinerary were limited, and the weight of all of the books I was instructed to dive into bore down on me so strongly that I actually label that forced reading concept as a primary reason why my appreciation of leisurely reading dropped so drastically at the time. I remember no more nights spent reading a book just because it caught my interest after high school started, and I wouldn’t come back to that hobby until my third year of college.

The books that brought me back to reading weren’t literary classics. They were modern fantasy stories about elves and dwarves, and they captured my interest like no other books had done beforehand. The stories were vivid, the characters were unique, and the worlds were so fantastic that they drew me into the pages far more effectively than The Hunchback of Notre Dame (Victor Hugo) ever would. They brought my love of reading books to the surface, and while that’s created a hobby for me that’s cost a good amount of money over the years, it’s been a definite change.

Since then, my interest in reading has taken a number of different routes to include romance stories, children’s books, and young adult novels, and there’s a certain innocence in some of those younger-targeted books that catches and keeps my attention. Sure, I could scold myself for that interest and say that I should be browsing the classics section rather than the children’s fiction section. I could remind myself that society has spoken, and the works of Fitzgerald are a better way to spend my time than Funke’s Inkworld trilogy. I could say that the classics have survived to still be studied and that their presence in classrooms is all the evidence I need to know that those are the books worth choosing.

But all of those concepts just feel like noise in the background when the bottom line is that Just Ella (Margaret Peterson Haddix) made me happy, and Pride and Prejudice (Jane Austen) kind of made me want to cringe.

I like reading books that I can sink into, ones that come with vivid, clear stories and language that’s effective while not being cumbersome. While some classic works of literature can offer that kind of easy wording and circumstance, others seem to be a product of their times by using wording that’s unfamiliar and stretched to me. I don’t want to read something that feels like it’s an attempt to sound as intellectual as possible. I want to read something that sounds honest . To me, classical works can miss the mark on that aspect, and two of the works I’ve already mentioned are examples of that fault. Pride and Prejudice has dialogue that is so structured that it reads stale and unnatural to me while The Hunchback of Notre Dame is so intense with its word choice that I don’t recall having made it to page three of the story.

As I said, these classic works could be products of their time. Their language might have felt more comfortable when the books were published, or maybe the process of reaching for vernacular was popular enough to make striving for something higher than the normal a good idea for both authors. 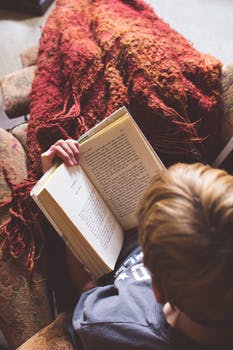 For me though, it doesn’t work. It annoys me, and if I read for my own interest, it makes sense to choose books that I like rather than ones that frustrate me.

Sure, I like some classical works. Alice’s Adventures in Wonderland (Lewis Carroll) happens to be one of my favorite books of all time. But I don’t like them just because they’re classic. I like them because they bring me comfortably-told stories with interesting plots and characters.

And that is why you’ll find more lowbrow fiction among my books than you will classic works. The sophistication heralded by some in classical works feels tedious to me rather than impressive, and in the end, I just want a story I can fall in love with. I don’t need to think about bigger causes and reasons for the work. I’m looking for entertainment, plain and simple. I don’t want to have to spend twenty pages trying to submerge into odd wording to become accustomed to a story. I want to open the book and dive right in.

Beyond those details, I want to keep my inner child happy, and that inner child likes childish themes. I like to read about fairies, dragons, and mermaids, and I like the easy delivery of those kinds of plots that I can gain from books that are targeted toward children and young adults. Sure, they’re not academically studied and celebrated in today’s world, but who’s to say that they won’t be in a century or so? Maybe those books you’re passing on your way to the classics section will become classics in their own rights as future generations latch onto the ease of storytelling that’s there for the taking.

Or maybe they won’t become classics—and maybe that doesn’t matter. I don’t need everyone to think I have a strong, intellectual book collection. Rather, I’ll take a collection of books with themes and ideas that bring me happiness. If that means Fairy Bad Day by Amanda Ashby gets a better bookshelf position than The Last of the Mohicans by James Fenimore Cooper, then so be it. My appreciation for books suffered under the pressure of academically-acknowledged works once before, and I won’t let it dwindle for that reason again. Instead, I’ll read my young adult fairy books, unashamed of my childishness on the matter, and smile like I’m loving every moment of it.